Fresh from the Broadway revival starring Daniel Radcliffe, multi-award winning musical How to Succeed in Business Without Really Trying comes to Maidenhead. It tells the tale of J. Pierrepont Finch; a young, ambitious window cleaner who rises to the top at the World Wide Wicket Company with the help of a handy instruction manual. With music by Frank Loesser (Guys and Dolls) this delightful satire of corporate life and office politics is packed with memorable songs including ‘I Believe in You’ and ‘Brotherhood of Man’.

With a large cast of characters and plenty of chorus numbers, the show promises to provide fun and laughter for everyone involved; come along and find out more!

More about the show on Wikipedia →

Something to whet the appetite for this fantastic show: 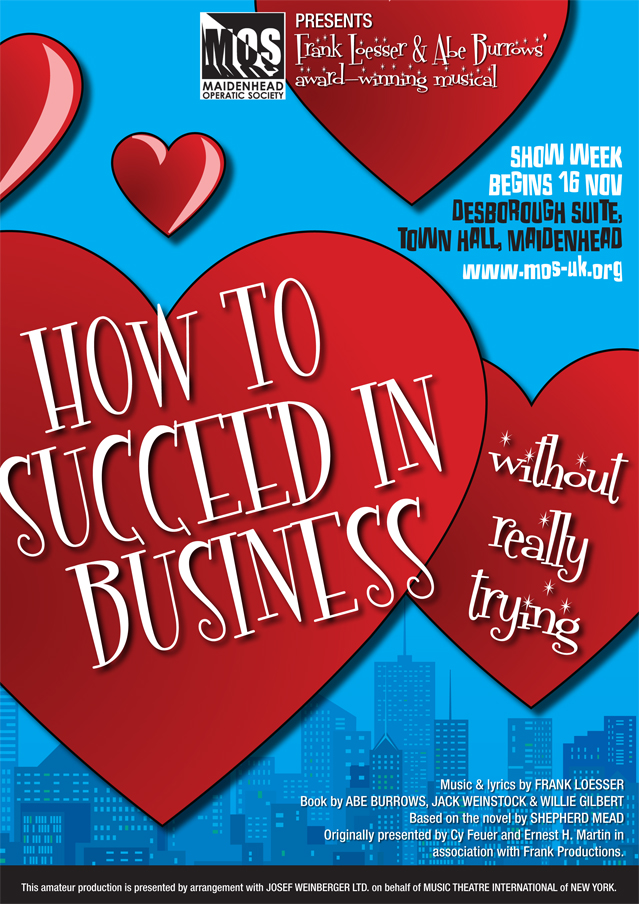